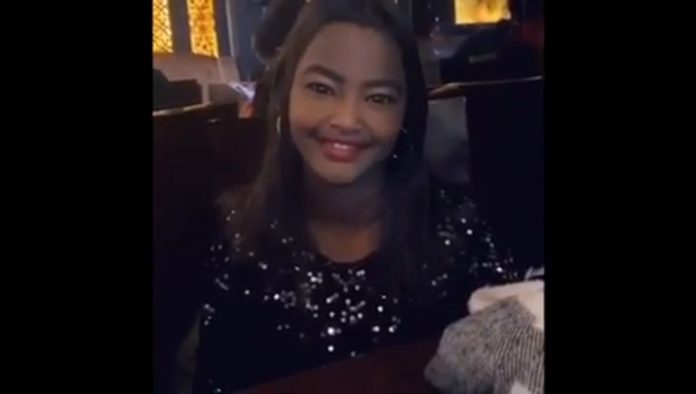 A British family had to say their last words to a dying daughter on a video call from her hospital bed where she battled the Coronavirus, according to reports.

Information reaching us at Checkout Magazine has it that 25-years old Nasro Ade, who had kidney failure, died within 11 days of being diagnosed with Covid-19 and isolated on a ward at St George’s Hospital in Tooting, south London, last month.

With death inevitable for her, the medical workers had her family say their final words to her through FaceTime on a phone as she struggled to stay awake, exhausted from battling the virus.

Nasro’s friend of 12 years, Isha Ceesay said they are heartbroken not to have been able to hold their daughter’s hand as she slipped away.

“The doctors and nurses suggested the family say their goodbyes because they were not sure she was going to make it – she was no longer responding to treatment,” Isha told The Telegraph.

“Nasro’s sister said the room was very emotional and they were asking her how she was doing. She said she was very tired, exhausted.”

That was the last time the family spoke to their daughter.

Nasro had one kidney and was undergoing dialysis three days a week in hospital, which is believed to be how she contracted the virus.

Barnier finally rubbishes Brexit fearmongering as he admits ‘no deal is NOT end of...

Ekweremadu to stay in detention till Oct 31