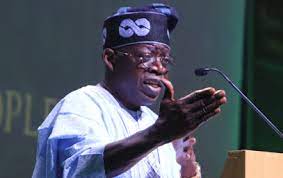 National Leader of the All Progressives Congress (APC), Asiwaju Bola Tinubu, has called on Nigerians to seize the moment to demonstrate the true meaning of the national motto of peace and unity.

Tinubu’s call comes on the heels of recurrent incidents of violence and banditry across the country. He asked Nigerians to stand up to those he branded agents of destruction and merchants of violence.

Citing the terror being visited on the agricultural community by gunmen, the APC leader said it is one of the strategies adopted by ‘terrible people and strong forces’ to destroy the country’s future.

He said Nigeria cannot afford to have its agricultural players feed the nation and fight bandits at the same time.

“We must decide whether our farmland and grazing areas are to be battlegrounds or they are to return to their role of feeding the nation,” the APC leader said in his acceptance speech after he was conferred with an honourary doctorate degree in Management by the Federal University of Agriculture, Makurdi at the 23rd to 25th convocation ceremonies of the institution.

Reviewing the political landscape, he said: “We approach a defining moment as a nation. A reckoning of special importance beckons.

“We must decide whether to give the truest meaning to our national motto “peace and unity” or we allow the agents of destruction and merchants of violence to have their way with us,” Tinubu said.