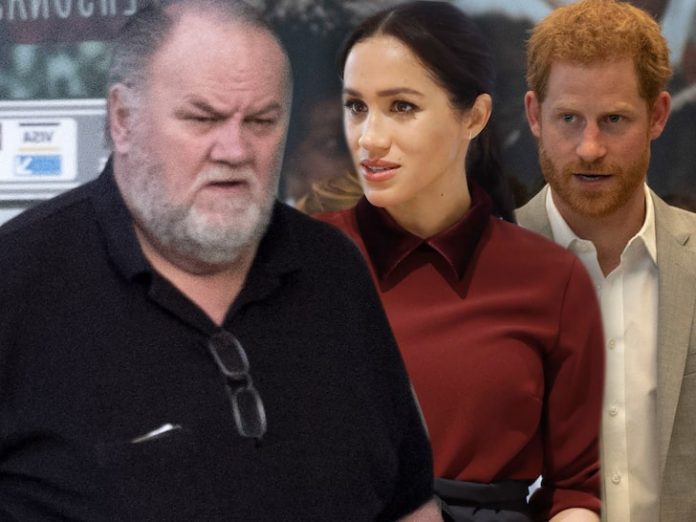 Thomas Markle has launched another tirade against the Duke and Duchess of Sussex, accusing the pair of insulting “the Queen and the British people.”

The 75-year-old was filmed leaving a shopping centre near his house in Rosarito, Mexico, on Monday when a reporter asked whether his daughter Meghan “has the right to use the word royal”.

He briefly hesitated before responding: “I’m very upset with Meghan and Harry right now. I don’t think they have the right to use the word royal.”

His comments follow news that the couple will drop their use of the “Sussex Royal” brand for their charity and commercial activities once they step down as senior members of the Royal Family on March 31.

He added: “I don’t think they have a right to speak to the Queen in the way they have spoken to her, I think it’s an insult to the Queen and to the British people.”

The couple, who have relocated to Canada, have abandoned plans to trademark the label, stating on their website: “It has been agreed that their non-profit organisation will not utilise the name ‘Sussex Royal’ or any other iteration of ‘Royal’”.

However, they added that they had made the decision despite there not being “any jurisdiction by The Monarchy or Cabinet Office over the use of the word ‘Royal’ overseas.”

U.S. will not take part in WHO global drugs, vaccine initiative launch – Report