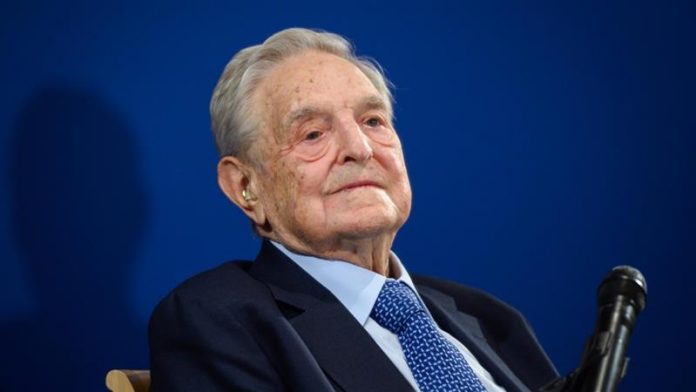 The philanthropist and former financier George Soros has announced that he is to donate $1bn to fund a new global network of universities designed to promote liberal values and his vision of an open society.

In what he hailed as the “most important and enduring project of my life”, Soros said it was important to fund institutions that would help resist the drift towards growing authoritarianism in the US, Russia and China. He also launched a fresh attack on Donald Trump, calling the US president “the ultimate narcissist”.

Soros, speaking at the World Economic Forum in Davos, said his new Open Society University Network would build on his Central European University, set up after the collapse of communism 30 years ago.

The CEU has been forced to move from Hungary to Vienna after Hungary’s rightwing leader, Viktor Orban, stripped it of the ability to issue US degrees.

Soros – the man responsible for the run on the pound that led to sterling leaving the European exchange rate mechanism on Black Wednesday in September 1992 – said the CEU had not been strong enough by itself to become the educational institution the world requires. “That requires a new kind of global educational network.”

He added that the time had come for his Open Society Foundation – the vehicle for his philanthropy – to embark on an ambitious project that would build on the CEU and develop “a new and innovative educational network that the world really needs”.

Soros said that while the political situation was quite grim, it would be a mistake to give in to despair. He attacked Trump, who he said was a “con man and the ultimate narcissist who wants the world to revolve around him”.