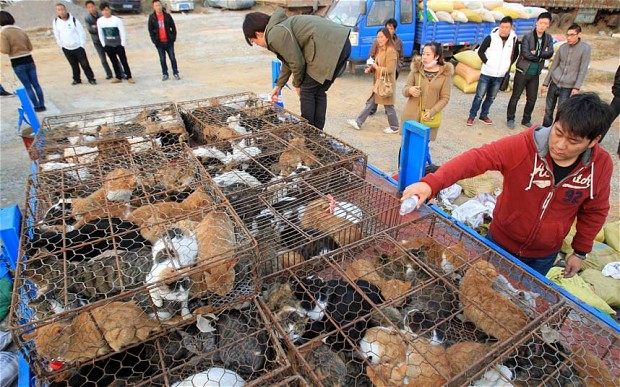 Chinese city of Shenzhen has pioneered the ban on the sale and consumption of dog and cat meat.

It comes after the coronavirus outbreak was linked to wildlife meat, prompting Chinese authorities to ban the trade and consumption of wild animals.

Shenzhen went a step further, extending the ban to dogs and cats. The new law will come into force on 1 May.

However, the practice of eating dog meat in China is not that common – the majority of Chinese people have never done so and say they don’t want to.

“Dogs and cats as pets have established a much closer relationship with humans than all other animals, and banning the consumption of dogs and cats and other pets is a common practice in developed countries and in Hong Kong and Taiwan,” the Shenzhen city government said, according to a Reuters report.

“This ban also responds to the demand and spirit of human civilization.”

“This really could be a watershed moment in efforts to end this brutal trade that kills an estimated 10 million dogs and 4 million cats in China every year,” said Dr Peter Li, China policy specialist for HSI.

There are now close to one million confirmed cases of the virus worldwide, and more than 47,000 deaths, according to a Johns Hopkins University tally.

In China alone, there are 81,589 confirmed cases and 3,318 deaths, said the National Health Commission.

Scientists and researchers are still no closer to finding out what the source of the virus is and how it could have spread to humans.