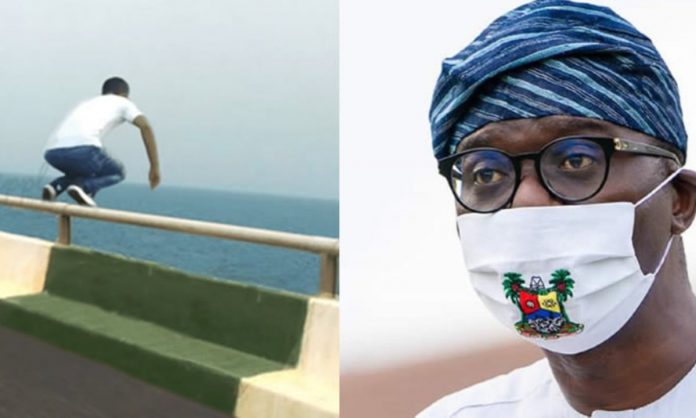 Lagos State Governor, Babajide Sanwo-Olu, paid the N500,000 debt owed by Adeyinka Abiodun, a resident who wanted to commit suicide by jumping into the lagoon.

Police stopped Abiodun on Friday from jumping into the Lagoon around the Third Mainland Bridge
Bala Elkana, Lagos police spokesperson, in a statement on Sunday said 45-year-old Abiodun had defaulted on a loan he took to boost his business, and as a result wanted to end his life.

“He stated that in March 2020, he procured a loan of N390,000 with monthly repayment plan for six months and accrued interest of N142,287:25 from a microfinance bank in Lagos Island,” the statement read.

“The loan was collected with intent to upgrade his wine retail business, but the business failed and the money was lost. He holds a Bachelor of Science degree in physics and a Master’s degree in business administration. He is married with two children. He is currently attending medical and counselling sessions. The microfinance bank was contacted and they confirmed the loan.

“The Governor of Lagos State, Babajide Sanwo-Olu, moved with compassion, came to the rescue by repaying the loan.

The spokesman said this is the eighth suicide attempt foiled by the police in Lagos in the last two months.