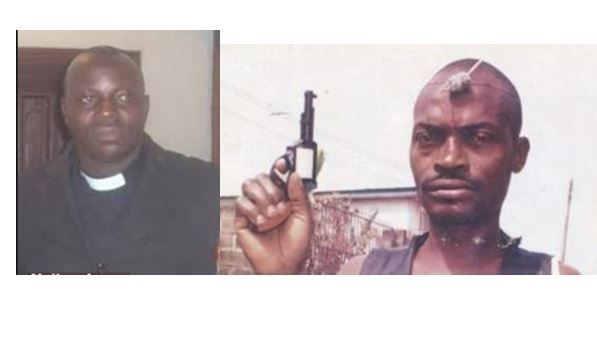 A former notorious armed robber, Shina Rambo, has reappeared in the Ekiti State capital, professing that he has changed and become a preacher of the gospel of Christ.

He made his profession on Sunday night on a weekend Yoruba programme monitored on Fresh FM Radio, Ado Ekiti, and anchored personally by prominent ace gospel musician and owner of the radio station, Yinka Ayefele.

Rambo, who gave his real name as Oluwasina Oluwagbemiga, confessed to be the same person whose gang terrorised some parts of the country for years and tormented innocent citizens with attacks, killings and maiming.

Recounting his old ways, he said: “My father was a prominent person, and a soldier moving from one part of the country to the other. In my attempt to acquire black power then, I went to a total of 21 places, prominent among which were Minna, Niger state, and later Oro, in present day Kwara.

“I was in one of those places for 91 days in Idanre, Ondo state, where we were mandated to be sucking the milk of a possessed woman’s breast, as our only food and water, so occult powers can transmit to our body.

“At the end of the whole exercise, I possessed a total of 901 power images that can be used to cajole or disappear at a scene of crime and project the image of another person. So, if I was killed at a particular point, I had the powers to resurface in another place in another form”, he said.

The News Agency of Nigeria, (NAN) reports that Rambo expressed regret over his roles in a series of deadly crimes that held the country spellbound for years, claiming that he was misguided by evil spirits.

Lagos APC backs Tinubu for President, says chieftain has all it takes to lead