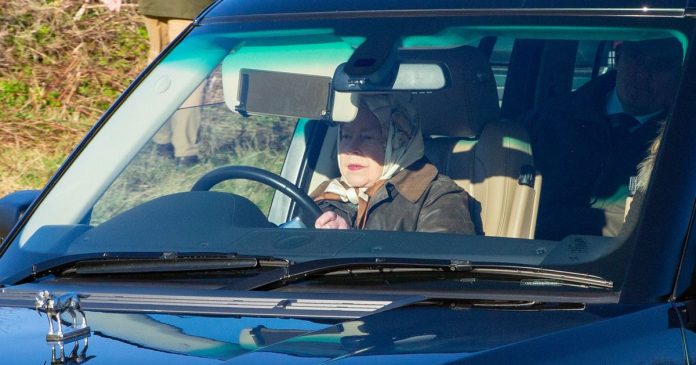 Recent pictures circulating online shows Queen Elizabeth II behind the wheel without a seatbelt a year after her husband was involved in a horror crash.

Her Majesty, aged 93, did not strap in before driving down a road near her Sandringham Estate in Norfolk yesterday on Friday January 10.

She was wearing a headscarf with a dog pattern and a winter jacket as she drove along the country lane in her black Range Rover
Barely a year ago, her husband was involved in a crash around the royal estate.

The duke and a nine-month-old baby came out unharmed but two women needed hospital treatment after the crash. He blamed the collision on being dazzled by the low sun as he pulled out his driveway, a witness said at the time.

The then 97-year-old had faced calls to be prosecuted by one of the injured passengers who accused him of irresponsible driving.

Times reported that the Queen has been advised by her security team to stop driving. The monarch has been driving for more than 70 years after learning in 1945 while working in the wartime Auxiliary Territorial Service.

She has never taken a driving test and is the only person in Britain who is not required to have a driving licence. She is known to enjoy driving and over the years she has often been pictured behind the wheel. It is against the law to drive without one but Her Majesty is immune from any civil or criminal