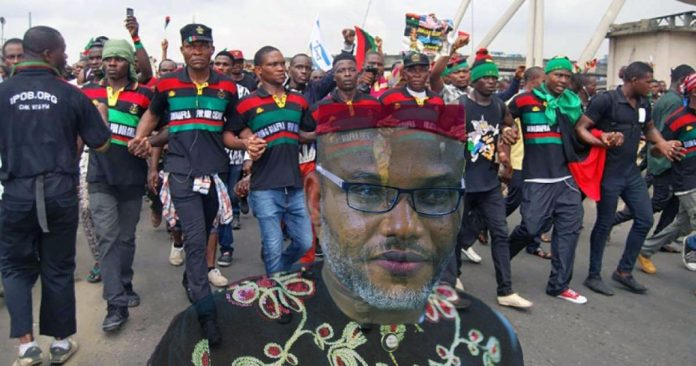 Operatives of the Nigerian Police apprehended six persons suspected to be members of the Indigenous People of Biafra (IPOB) in Ebonyi.

Five locally-made pistols with 12 rounds of ammunition were reportedly recovered from them, Checkout Magazine learnt.

Police spokesperson Loveth Odah stated yesterday that the suspects were arrested during operations on Monday to disperse hoodlums enforcing the sit-at-home order by IPOB.

She explained that following a distress call that some hoodlums had barricaded Ogbaga Road, attacking and setting vehicles ablaze, hence operatives were swiftly deployed to the scene.

“Innocent citizens were attacked because they refused to obey the ‘sit-at-home’ directive of the IPOB,” she added.