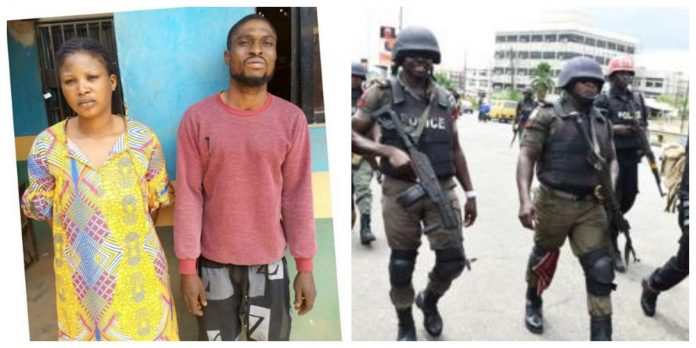 A woman in Ogun has been apprenhended by officials of the Ogun State Police Command for allegedly beating her five-year-old stepson, Azeem Olufowobi, to death.

30-years old Shukurat allegedly hit the head of the deceased with a heavy object, which reportedly broke his skull and led to his death.

The Police Public Relations Officer in the state, Abimbola Oyeyemi, disclosed this in a statement on Sunday.

According to Oyeyemi, the suspect and the father of the deceased, Ayuba, were residents of the Oshodi-Oke area of Ogijo in the Sagamu Local Government Area of the state.

He stated that Ayuba conspired with his wife to bury the remains of the boy secretly and attempted to run away from the area before the police arrested them.

The PPRO said the woman was arrested alongside her husband around 12.30pm on Sunday following the information received from members of the public.

The PPRO said the Commissioner of Police in the state, Kenneth Ebrimson, had ordered the immediate transfer of the suspects to the homicide section of the State Criminal Investigation and Intelligence Department for further investigation and prosecution. 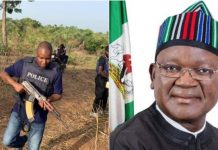 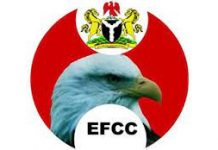