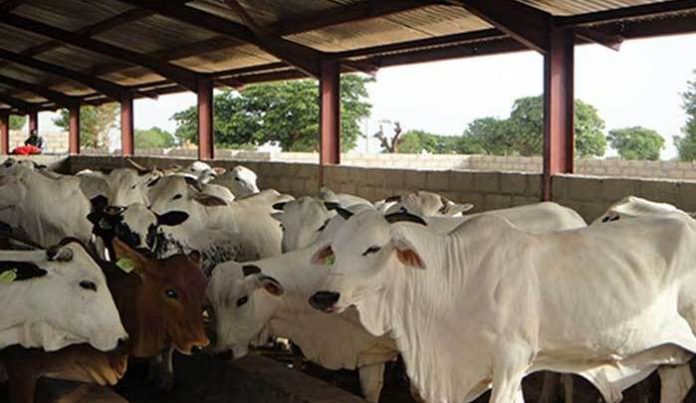 150 cows belonging to Fulani herdsmen were seized by residents of the Ijare community in the Ifedore Local Government Area of Ondo State, on Wednesday.

This incident comes few months after lightning struck dead 36 cows belonging to Fulani herdsmen while grazing on a sacred land in the community.

Sources informed Checkout Magazine that the seized cows were led to the farmlands by some Fulani herdsmen to graze and destroyed crops planted on the farmlands.

It was gathered community farmers pursued and seized the cows when they saw the havoc wreaked by the cows on their farms, while the herdsmen abandoned their cattle as they fled.

A source told PUNCH, “When the herdsmen saw that the farmers and some local hunters were coming after them, they abandoned their cows and ran away and the cows were brought to the palace of the town’s monarch.

“The herdsmen have been adamant and it was high time they left. We didn’t harm them, but we were surprised that they ran away as if they were being chased by lions.”

One of the affected farmers, Mr Sunday Fasakin, who lamented that his efforts last year had come to naught, recounted how his three-hectare cocoyam and yam plantations were destroyed by the herdsmen and their cattle.

Fasakin called on the government to address the problem to avoid reprisal by the residents of the community.

When contacted, the state Police Public Relations Officer, CSP Femi Joseph, said one of the herders had been arrested, while investigation had commenced into the matter.

“We got a report that five herdsmen invaded and destroyed farms in Ijare and we swung into action and one Banbuga Abu was arrested, while we are still searching for the other fleeing herdsmen. We have commenced investigation into the incident,” Joseph stated.