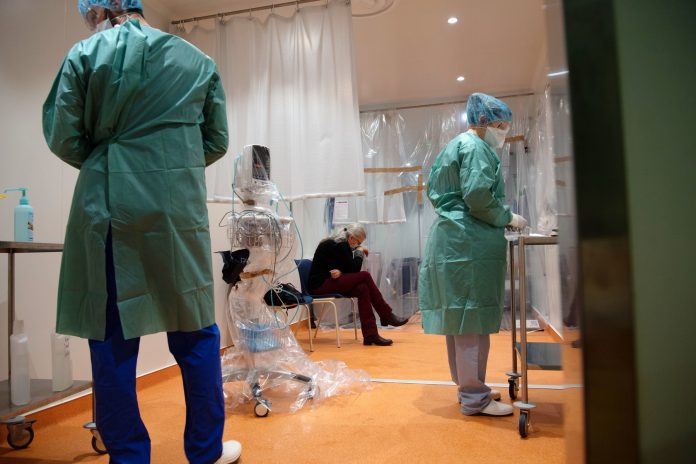 A Medical officer in Brooklyn has survived the battle against the coronavirus and returned to work after his recovery.

Raeburn Fairweather, 47, respiratory therapist at Brooklyn’s Maimonides Medical Center told The Post that his fever spiked to 104 degrees during a two-week ordeal of battling the deadly disease.

“The Tylenol would not bring it down. My body felt like it was falling apart,” he told a reporter granted access inside the hospital.

“Headaches were immense. They were making my eyeballs feel like they were on springs.”

Fairweather — who said the respiratory illness temporarily robbed him of his senses of smell and taste — also described coughing up “thick, white mucus during Day Three — and that carried on until Thursday of last week.”

“If your body cannot fight, you will not make it,” he warned.

“It wears your body down.”

Fairweather — whose job includes the hazardous task of inserting and removing ventilator tubes from the tracheas of coronavirus patients — said Wednesday that his symptoms appeared shortly after a grueling, triple shift at Maimonides on March 17.

He also admitted that while treating patients during the early days of the pandemic, with “the ones that were not suspected, we did not wear protective gear.”

UK parliament: Boris Johnson ‘will do a great job as PM’ — Trump