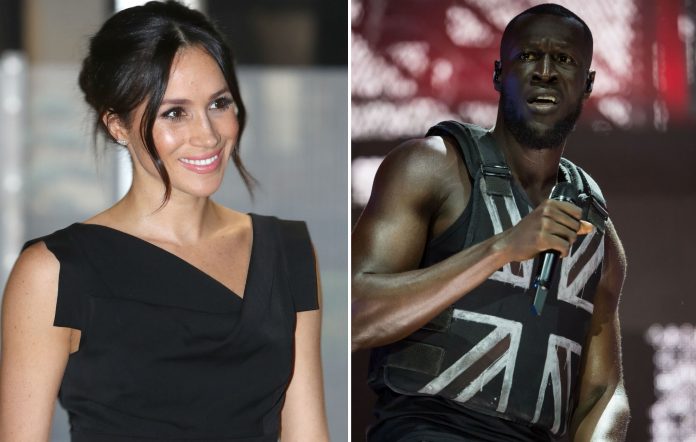 Rapper, Stormzy has voiced his opinion on hate messages directed at Meghan Markle, saying there is no “credible” reason for people not to like her.

Speaking on New York radio station Hot 97, he said: “Meghan is a sweet woman, she does her thing… and they just hate her.”

The rapper referenced a clip of Eamonn Holmes on TalkSport, where the presenter says: “I look at her and I think… I don’t think I’d like you.”

On the public backlash trailing Prince Harry and Meghan’s decision to “step back as ‘senior’ members of the Royal Family”, Stormzy says criticism of Meghan is “rubbish”.

He added that if those joining in were told to write down their reasons for having a negative view of Meghan, they would find there was “nothing credible to it”.

Stormzy recently came under fire himself when he was asked whether he believes Britain is racist, to which he replied “yes, 100%”.

The quote was framed numerous times to imply the rapper believed 100% of the UK was racist.