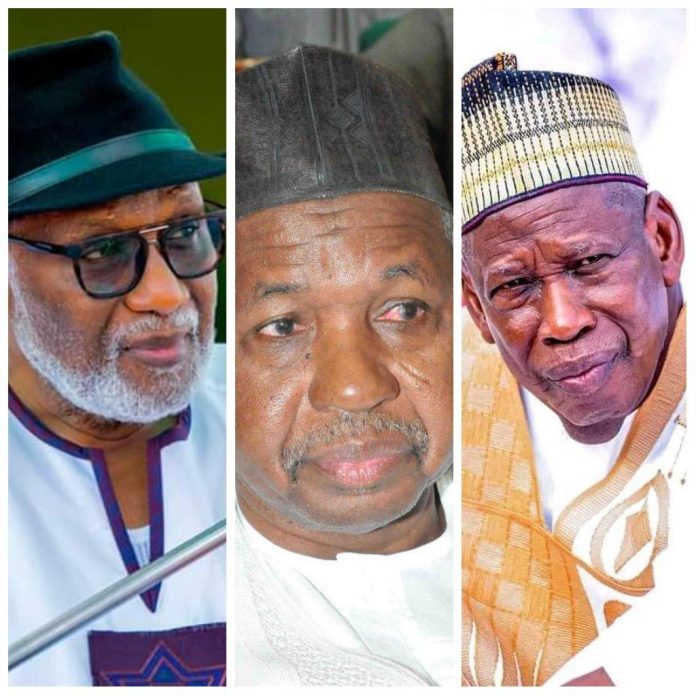 Three governors under the All Progressives Congress (APC) party yesterday defended the presidential aspiration team, saying the Muslim-Muslim ticket is not anti-Christian.

The party’s national chairman Abdullahi Adamu also said Christians have no cause for worry.

The governors, Abdullahi Ganduje (Kano), Rotimi Akeredolu (Ondo), and Aminu Masari (Katsina) all dispelled insinuations of insensitivity by the ticket at different meetings.

Ganduje objected to the claim by former Secretary to the Government of the Federation (SGF) Babachir Lawal that the choice of Senator Kashim Shettima as running mate by the presidential candidate, Asiwaju Bola Tinubu, portends disaster at the poll.

Masari, who spoke with reporters in Katsina, said the choice of Shettima was a wise decision, assuring that Christians and Muslims will vote for the ticket.

Akeredolu urged the electorate to ignore religion and vote for competence in next year’s election.

Senator Adamu also allayed the fear of some Christians about the ticket, saying that they have nothing to fear.