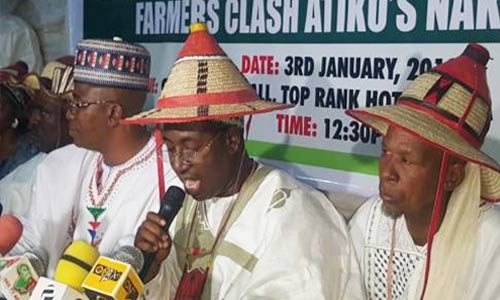 Calls for reactivation of 400 reserves
The Miyetti Allah Cattle Breeders Association of Nigeria (MACBAN) says the North must pay attention to the recent unanimous decision of southern governors to ban open grazing in their respective states.

Responding to the Tuesday Asaba Declaration of the governors, National Secretary of MACBAN, Baba Othman Ngelzarma, urged the northern governors to respond to the southern resolution by creating a solution of their own that will be generally acceptable.

“We can’t ignore the unanimous demand of the entire governments of the south on a particular issue,” Ngelzarma told The Nation yesterday.

“If the southern governors can be in agreement on an aspect, that means it is an issue and deserves to be given serious attention,” he added.

“But the northern governors need to speak with their southern counterparts so that they can come up with a solution that is generally acceptable.”

He said the northern governors should also consider reactivating the over 400 inactive grazing reserves in the north and make them attractive for pastoralists to settle.

He added that the grazing reserves, if reactivated, with the provision of schools, veterinary clinics, hospital services among others, it would give the pastoralists an opportunity to be educated and also stop them from roaming.
###