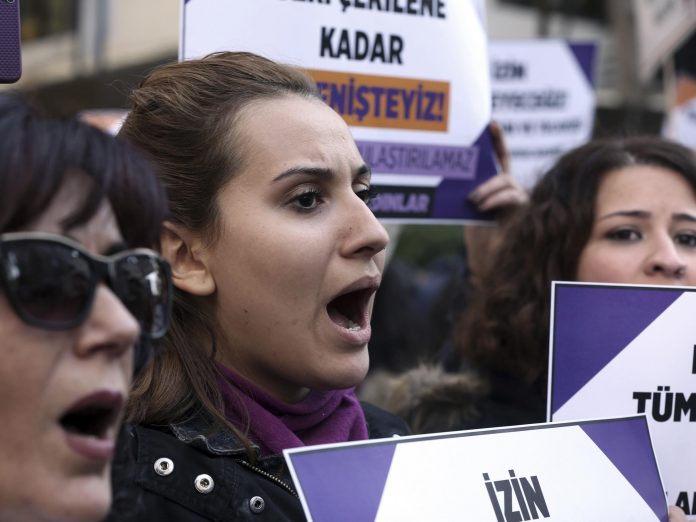 A law which would allow men accused of having sex with girls who are under 18 to avoid punishment if they marry their victims is set to be introduced to parliament in Turkey.

The controversial so-called “marry-your-rapist” bill, which lawmakers are planning to introduce to Turkish parliament at the end of January, has sparked fury among women’s rights campaigners in the country.

Critics argue the legislation, which the opposition Peoples’ Democratic Party (HDP) is urging the government to axe, not only legitimises child marriage and statutory rape but also paves the way for child abuse and sexual exploitation.

A similar bill was defeated in Turkey in 2016 after national and global outrage. The legislation would have only pardoned men if they had sex without “force or threat”.

United Nations agencies warned the bill would generate a landscape of impunity for child abuse and leave victims vulnerable to experiencing additional mistreatment and distress from their assailants.

“Marry-your-rapist” bills have been seen across the world and are pushed in the name of protecting and safeguarding family “honour”.

Suad Abu-Dayyeh, a campaigner who specialises in the Middle East, North Africa, Afghanistan, and Pakistan for Equality Now, a non government organisation which aims to promote the rights of women and girls, said it was “shocking” politicians are trying to pass a bill that “provides impunity for perpetrators of child sexual exploitation”.

She told The Independent: “I applaud the brave work of women’s rights campaigners in Turkey who are taking a stand against this discriminatory bill and pushing back again regressive forces that are seeking to remove current legal protections for girls. Similar ‘marry-your-rapist’ legal provisions have been on the statute books of countries across the Middle East and North Africa.

“Thanks to years of campaigning by women’s rights activists and lawmakers, Egypt, Jordan, Lebanon, Morocco, Tunisia, and Palestine have all removed these loopholes in recent years. Rather than attempting to introduce legislation that harms women’s rights and protections, Turkish lawmakers should take heed of these advances in repealing gender discriminatory laws.”