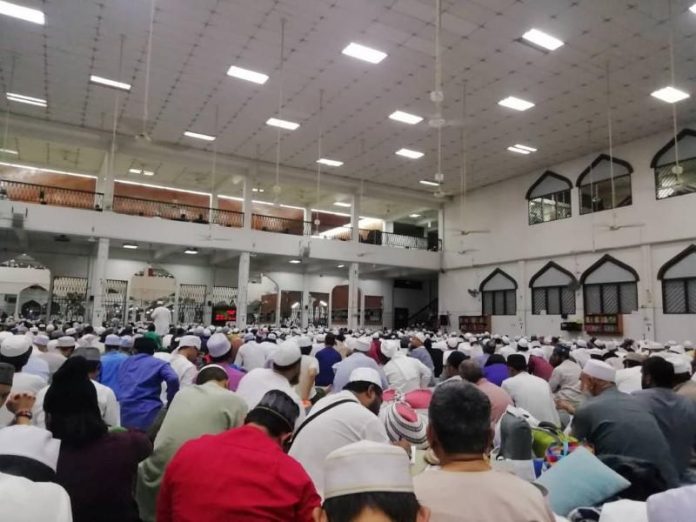 Malaysia Health Ministry has warned of a spike in the number of cases after the country’s confirmed cases jumped to 1,183 on Saturday with eight deaths.

The Health Ministry reported five more deaths and 153 new infections on Saturday, 90 of which were connected to the event at a mosque late last month that was attended by people from more than two dozen countries.

The four-day religious “tabligh” event near the capital, Kuala Lumpur, has now been linked to 714 cases in Malaysia – 60% of the total – and at least 840 across Southeast Asia.

Malaysia has the highest number of confirmed cases in Southeast Asia, though Indonesia has more deaths at 38.

“We expect the number of cases to rise next week and urge the tabligh members involved to come for screening,” Health Malaysia Director General Noor Hisham Abdullah said.

He told a news conference the government was trying to secure more ventilators to prepare for the expected spike in cases over this week and next week.

The gathering of Islamic missionaries and followers was attended by 16,000 people, 14,500 of them residents of Malaysia, including hundreds of Rohingya and other refugees.

The Health Ministry said it was working closely with the U.N. refugee agency to ensure refugees and asylum-seekers were included in preventive and containment activities to contain any potential communal spread.

To trace those from this group that had participated in the tabligh gathering, the Health Ministry said it would deploy officers from its district departments.

Malaysia’s total cases are now only behind that of China and South Korea in Asia.