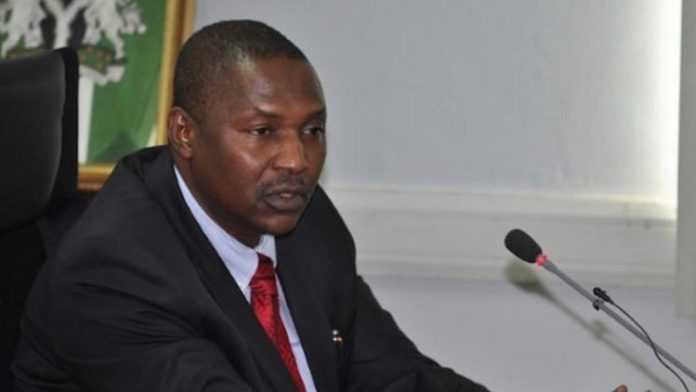 The Federal Government has confirmed that work is in motion to prosecute some Nigerians, including highly placed individuals, for terrorism financing.

Attorney-General of the Federation and Minister of Justice, Abubakar Malami, who disclosed this to journalists in the State House, said the government had carried out extensive investigation on allegations of terrorism financing against some Nigerians, adding that substantial grounds had already been established against those accused.

According to him, Nigeria commenced investigating and processing those suspected to be financiers of terror in the country after the conviction of some persons in the United Arab Emirates (UAE), adding that Nigeria had done a more elaborate investigation and had established the connection of many Nigerians to terror financing in the country.

“As you will actually know, sometimes back, there were certain convictions of Nigerians allegedly involved in terrorism financing in the United Arab Emirates (UAE). That gave rise to wider and far-reaching investigations in Nigeria, and I’m happy to report that arriving from the wider coverage investigation that has been conducted in Nigeria, a number of people, both institutional and otherwise, were found to be culpable.

“Arriving from the investigation, there exists, certainly, reasonable grounds for suspicion that a lot of Nigerians, high-profile, institutional and otherwise, are involved in terrorism financing and they are being profiled for prosecution.