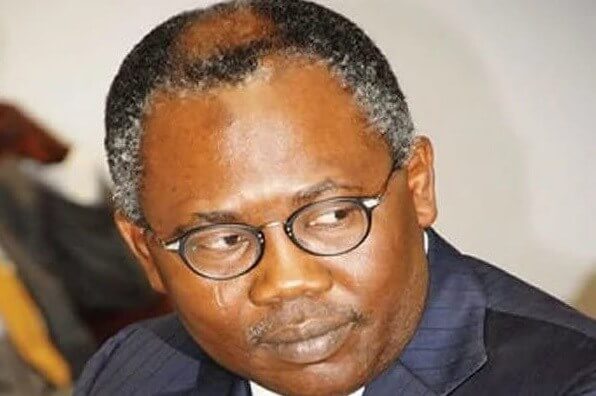 The High Court of the Federal Capital Territory in Gwagwalada, Abuja, on Thursday ordered the remand of a former Attorney General of the Federation and Minister of Justice, Mr Mohammed Adoke (SAN), and two of his co-defendants in the custody of the Economic and Financial Crimes Commission.

The court made the order for remand following their arraignment in relation to the Malabu Oil scam. Justice Idris Kutigi fixed Monday for the hearing of their bail applications.

This came after the defendants pleaded not guilty to the 42 counts filed against them by the EFCC. It took over one hour for the charges to be read to the defendants by the court registrar on Thursday.

Those arraigned alongside Adoke were Aliyu Abubakar, who was accused of offering N300m gratification to the ex-AGF in relation to the Malabu Oil deal; and a former Company Secretary and Legal Adviser of Malabu Oil and Gas Limited, Rasky Gbinigie while Malabu Oil and Gas Limited; Nigeria Agip Exploration Limited; Shell Nigeria Ultra Deep Limited; and Shell Nigeria Exploration Production Company Limited were also listed as defendants.

The Malabu Oil scam involved alleged fraudulent transfer of the highly lucrative Oil Prospecting Lease 245 to Malabu Oil and Gas Limited in 1998 and subsequently to Agip and Shell. The EFCC alleged that Mr Dan Etete, who was the Minister of Petroleum Resources in the regime of the late Gen. Sani Abacha, was involved in the fraudulent transfer of the oil block to Malabu Oil and Gas Limited in 1998.

Etete, according to the EFCC, later emerged as one of Malabu Oil and Gas Limited’s director. The ex-petroleum minister is said to be currently at large while the EFCC also accused Adoke of playing a pivotal role and receiving N300m bribe in the deal resulting in the transfer of the oil block from Malabu to Shell and Agip.

Among others, the defendants were accused of forging Corporate Affairs Commission documents concerning Malabu to implement shady change of ownership and shares allotment structures of the firm. But the defendants pleaded not guilty to the charges on Thursday.

The prosecuting counsel of the EFCC, Mr Bala Sanga, requested a trial date and prayed the court to remand the defendants in the prison custody.

But defence counsel, Chief Kanu Agabi (SAN), Mike Ozekhome(SAN), Wole Olanipekun (SAN), and Mahmud Magaji (SAN), urged the judge to either release their clients to them with an undertaking that they would produce them in court at the next hearing, or order that they be remanded in the EFCC custody.

Following an agreement between the prosecution and the defence, the judge ordered that the defendants be remanded in the EFCC custody till Monday when their bail applications would be heard.