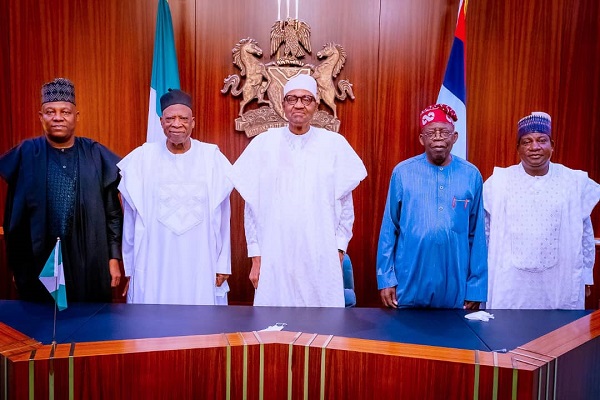 Governor Simon Lalong of Plateau State will lead the All Progressives Congress (APC) Presidential Campaign Organisation for next year’s election.

APC National Chairman Senator Abdullahi Adamu made the confirmation to State House reporters after presenting Lalong to President Muhammadu Buhari at the Villa in Abuja.

At the presentation were presidential standard-bearer Asiwaju Bola Tinubu and his running mate, Senator Kashim Shettima.

The Minister of State for Labor and Productivity, Festus Keyamo (SAN), and Hannatu Musawa, lawyer, were also named as the organization’s interim spokesman and deputy respectively.

He said: “We’re on the same page with Mr. President regarding our organogram and the individuals that are going to play different roles within the organizational structure of the campaign outfits.

“The person who is going to be the Director-General of the APC Presidential Campaign Organisation is His Excellency, Governor Simon Lalong of Plateau State, he will lead the campaign.

“We have an interim spokesperson of the campaign organization, in the person of Mr. Festus Keyamo. The deputy spokesperson is Hannatu Musawa.”

Speaking on the party’s same-faith ticket, Adamu described it as a positive development in the history of Nigerian politics. He assured me that the concern being raised would be sorted out ahead of the 2023 election.

Why FG will continue to subsidize fuel – NNPC, IPMAN

Coronavirus: China orders citizens to get rid of their pets