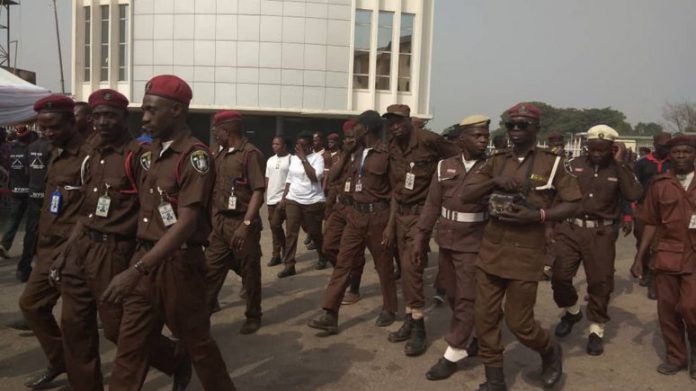 Person must have lived in Lagos for 20 years in Lagos, speak Yoruba
Lagos State House of Assembly has recommended the recruitment for the South-West security outfit, Amotekun.

By the recommendations of Lagos State House of Assembly, only indigenes, or residents that have spent 20 years in the area and can speak the native language, will be members of the Amotekun corps.

The lawmakers adopted the recommendation of the report on a Bill for a law to amend Lagos State Neighbourhood Safety Corps Law 2019 to establish the Amotekun Corps.

PUNCH reported that the committee The House of Assembly Committee on Information, Strategy and Security chaired by Mr. Tunde Braimoh, had held a public hearing last Monday to get inputs from stakeholders.

He told the House, “the Corps also should be able to collaborate and cooperate with security agencies in other states of the federation; that the law should prohibit the use or employment of the Amotekun Corps by any person or authority for political or personal use;

“There should be proper designation and clarification of the Amotekun symbol, and it is important to provide for insurance or other compensatory schemes for the Corps.”

“That the recruitment into the Amotekun of the agency shall be open to an indigene of the communities, where they seek to serve or to residents who have spent not less than 20 years in the community and understand the native language, among others. Contributing, Noheem Adams observed that Section 34(7), which states that the Amotekun Corps Commander’s appointment for a term of four years and subject to the confirmation of the House of Assembly, should be made five years.

Meanwhile, Speaker of the House of Assembly, Mr. Mudashiru Obasa, assured that all necessary corrections made would be taken into consideration. Thereafter, the House adopted the recommendations as the resolutions of the House.

Why I airlifted Nigerians from South Africa – Air Peace boss