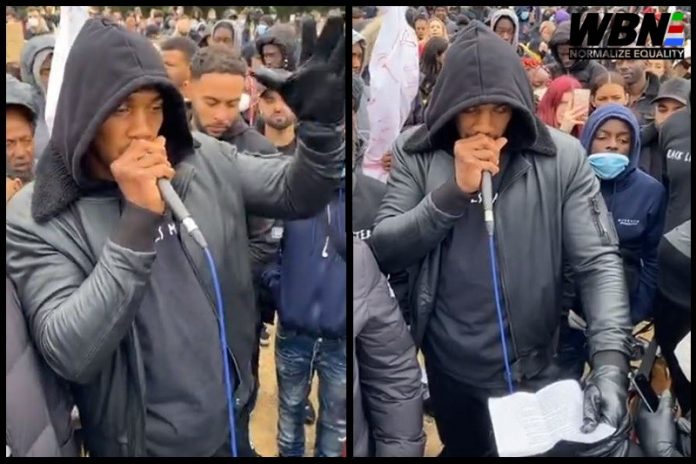 British boxer, Anthony Joshua has compared racism to a virus, submitting that ongoing protests around the world would become the vaccine to stem its spread.

He made his observation during a Black Lives Matter march on Saturday, joining protests calling for justice for African American, George Floyd, who died in Minneapolis last month while being arrested by police officers.

“The virus I am referring to is called racism,” he said, comparing its effects to the damage done by COVID-19.

Joshua asked, “How long are we going to allow racism to spread through our communities?”

“You are the vaccine, I am the vaccine,” the 30-year-old Joshua told a rally in his home town of Watford.

“Killing a person outright is unforgivable, but stripping them of their human rights, oppressing them, mocking them, insulting them, placing glass ceilings above them… is just a slower way of killing them and taking the life out of their soul.”

Meanwhile, Joshua was on crutches at times on Saturday and was also seen wearing a knee brace, but a spokesperson insisted that was just a “precautionary measure”.

We are probing Oshiomhole to recover stolen funds, says Obaseki

Govt mulls pension for MKO’s next of kin, Kingibe