The reinstated Vice-Chancellor of the University of Lagos, Prof. Oluwatoyin Ogundipe, has dismissed as false allegations that he is compiling a list of workers for sacking.

Ogundipe, who was welcomed by jubilant staff members of UNILAG, said this as he resumed on Thursday at the school’s Senate Building.
Recall that Checkout Magazine had reported that Ogundipe was sacked by the Dr Wale Babalakin-led governing council of UNILAG on August 12.

However, on November 10, he was reinstated by the President, Major-General Mohammadu Buhari (retd.) after a visitation panel report.

Ogundipe who described his reinstatement as divine appreciated President Buhari for insisting that due process must be followed during the crisis.

He also thanked Vice President Yemi Osinbajo, SAN, the Minister of Education, Malam Adamu Adamu, the Executive Secretary of the National Universities Commission, Prof. Abubakar Rasheed, the Acting Vice-Chancellor, Prof. Folasade Ogunsola and all the staff unions in the school among others for their support.

“My return to office is not by power but by divine intervention,” he said. 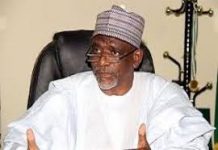 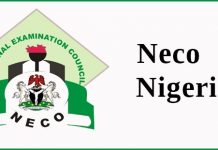 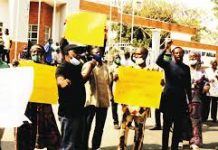