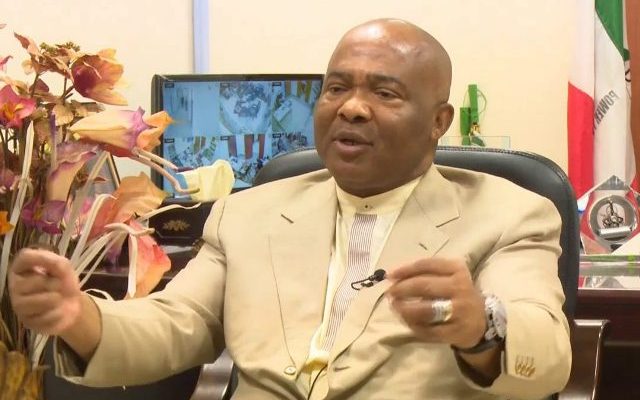 Governor Hope Uzodinma of Imo State has said the Supreme Court lacks the power to review the January 14, 2020 judgment which sacked his predecessor, Emeka Ihedioha, from office and installed him as his replacement.

Uzodinma who made the statement through his lawyer, Damian Dodo (SAN), argued that the time within which the court was permitted to entertain the case which emanated from an election petition had passed.

He also cited the provision of Order 8 Rule 16 of the Supreme Court Rules 2014 which he said “prohibits the court from reviewing its judgment once delivered, save to correct clerical mistakes or accidental slip.”

This is contained in his preliminary objection which he filed against the application filed by Ihedioha, seeking the review and reversal of the January 14, 2020 judgment of the apex court.

The preliminary objection stated in part, “The application being a proceeding relating to or arising from election of a governor is barred by effluxion of time.

Uzodinma, who is of the All Progressives Congress, also described it as an invitation to the court to indulge in academic exercise and answer hypothetical questions.

A seven-man panel of the apex court led by the Chief Justice of Nigeria, Justice Tanko Muhammad, had in its January 14, 2020 judgment removed Iheodioha as the Governor of Imo State and declared Uzodinma as the winner of the last governorship election in the state.

But Ihedioha, through his lead counsel, Chief Kanu Agabi (SAN), a former Attorney General of the Federation, had on February 5, 2020 filed an application before the court seeking “an order setting aside as a nullity” the January 14 judgment.

He argued in the application anchored on Section 6 (6) of Nigerian constitution and Section 22 of the Supreme Court Act 2004, that the judgment was obtained by fraud or deceit.

He added that the apex court was misled to give the judgment.

Why Nigeria is doom for breakup – Akitoye

Altar boys say they were abused by priests at the Vatican