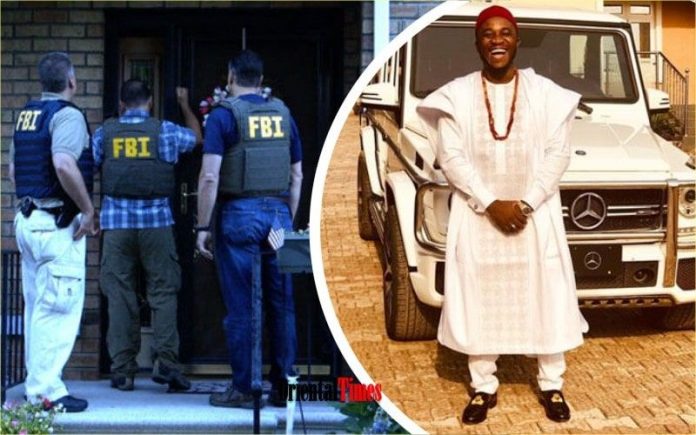 Nigerian Obinwanne Okeke, popularly known as Obi Invictus, has faulted the jurisdiction of American authorities to charge him for fraud, court documents show.

The 32-year-old was arrested in the United States last August, for his alleged involvement in wire and computer fraud.

Okeke, through his lawyers, said in a preliminary objection filed in the U.S. court that he did not commit the offence he was being accused of in America, and no American companies or individuals were swindled at the material time of his indictment.

Mr Okeke’s argument was filed in December 2019, four months after he was arrested at the airport by federal agents while trying to board a flight back to Nigeria following a visit on August 6. He was later indicted by a federal grand jury on two counts of wire and computer fraud that contravened American laws.

A judge in the United States District Court for the Eastern District of Virginia, where Mr Okeke was charged, had fixed trial for February 18, but his lawyers, The Iweanoges Firm, argued that the case should be dismissed on jurisdiction grounds.

The lawyers argued that Mr Okeke’s arrest should not have happened because he did not commit the offence on American soil and nothing in the indictment prepared by the prosecutors indicated that any American was defrauded by Mr Okeke.

The lawyers said the prosecutors only stated in the indictment that Mr Okeke swindled Unatrac, a subsidiary of American equipment manufacturer, Caterpillar, of $11 million dollars.

But since the alleged offence was not committed in the U.S. or against any American company or individual, then the F.B.I. should not have gotten involved, the lawyers argued citing multiple previous authorities to back their argument.

Allegedly through a fraudulent scheme tagged business email compromise, Mr Okeke defrauded the United Kingdom office of Unatrac in a series of spoof emails over several months. Unatrac headquarters is in the United Arab Emirates, but the company, through Caterpillar, filed complaints with the F.B.I., alleging a loss of over $11 million to online scammers.