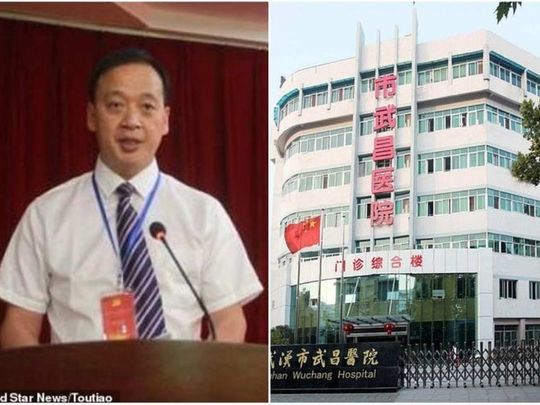 The head of a Wuhan hospital at the centre of the coronavirus outbreak has died of the disease, health officials have confirmed.

Dr Liu Zhiming, 51, died this morning after ‘all-out rescue efforts failed’, according to state broadcaster CCTV – resolving a state of confusion last night after local officials reported his death before later denying it.

The conflicting statements have added to concerns about China’s determination to control the narrative about coronavirus – fuelling fears that officials are hiding the true picture.

As in Dr Li’s case, reports of Dr Liu’s death were initially retracted last night by officials who claimed that doctors were still trying to revive him.

State media and the Wuhan Municipal Health Commission both confirmed his death this morning.