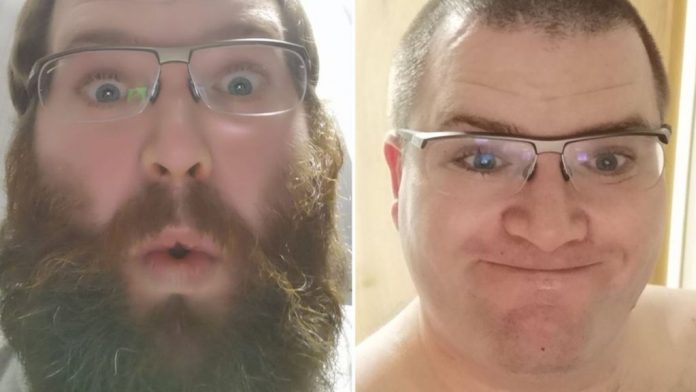 A member of Edinburgh Beard and Moustache Club, Adam Johnson has narrated how he had to shave his beards which has become part of his identity because he needs to wear a face mask.

29-years old Adamson has had a beard since he was first able to grow one as a teenager.

He felt “devastated” when the need to wear a face mask for his job as a care assistant meant it was curtains for his facial hair.

John explained: “The mask was pressing on my face so tightly that it pushed the hair up my nose and into my mouth.

“The hair was sticking outside the mask, but it was also going inside.

“I was struggling to breathe… it was a real hazard.”

He tried buying several different types of face masks to see if any others would provide a solution.

“I tried everything to keep the beard as it is very important to me. Many folk have tried and failed to get me to shave it off,” said John.

But eventually he ran out of options and was forced to shave off his beard.