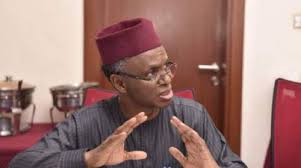 Governor of Kaduna State, Mallam Nasir El-Rufai has said foreign bodies seeking to intervene in the case of detained leader of the proscribed Islamic Movement in Nigeria, (IMN), Sheikh Ibrahim El-Zakzaky are wasting their time.

He made this statement at a live radio interview on Friday, noting that El-Zakzaky that the state government will not release him until his case is determined by the court.

He added that the IMN leader would not be released due to the pains the sect leader and his supporters had caused the people of Kaduna State for over 30 years before he was arrested.

El Rufai clarified that what the Federal Government meant when it said El-Zakzaky’s fate lies with the Kaduna State Government is that it was not the one currently in court with the IMN leader.

The Governor explained that after the IMN leader was arrested and detained by the Federal Government in 2015, the Kaduna State Government recalling the many alleged offences of the IMN leader and his supporters against the people and government for over 30 years, undertook an investigation that looked into their alleged disregard for laws, harassment of other citizens right from when they were in Zaria City till they moved to the Gellesu Quarters.

IMN members have always denied any wrongdoing and instead accused government of launching unprovoked attacks against their members.

He said it was when investigations were concluded that the Kaduna government based on its findings requested the federal government to release him to it so it could seek legal redress.