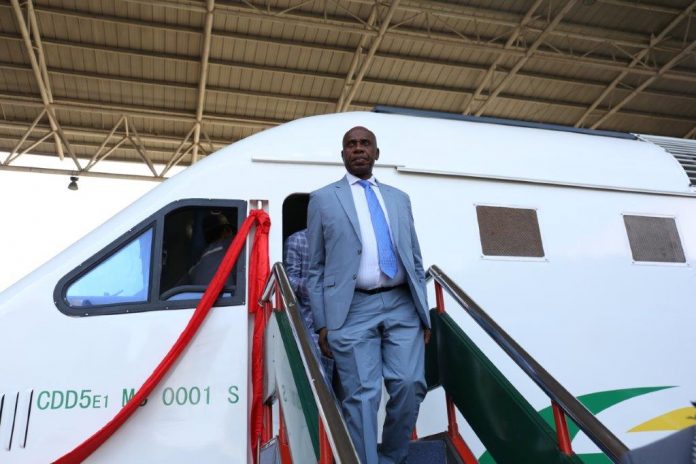 Minister of Transportation, Rotimi Amaechi says the Federal Government’s investments in the railway and seaport development is a necessity to drive the nation’s economy.

Amaechi stated this while he gave his remarks on Sunday at the virtual 15th Annual Kaleidoscope Global Business Conference hosted by the Consulate General of Nigeria in New York, the United States of America (U.S.A).

“Many Nigerians have asked why the construction of railways? Eighty per cent of the cargoes we have in Nigeria are mostly imported, because the Nigerian economy is yet to generate enough production.

“However, the President is of the view that if we must produce, we must have infrastructure that enables that production, hence the focus on transportation, power and works,” he said.

The minister said although the railway project had started before President Muhammadu Buhari, the nation’s seaports were not included in the design.

He said one of the first things the administration did was to rework the plan to link the rail network to seaports across the country.