A suspected fraudster, Ismaila Adamu, has been arrested by the police after trying to swindle a bureau-de-change operator at Alaba International Market, Lagos.

The 23-year-old suspect who lives in the Iyana Ipaja area of the state, had gone to buy the hard currency from one Abdulkareem Goje on Thursday.

After agreeing to get the $2,500 for N897,000, he reportedly collected Goje’s account number and sent it to his accomplice, who is still at large.

It was gathered that as Goje was arranging the money, Adamu hurried the suspicious Goje, who insisted on verifying the payment at a nearest bank – a move that did not go down well with Adamu.

A trader at the market, Godwin Chukwu, who witnessed the incident, told City Round that Adamu attempted to run away when he realised that his game was up but was held back by the people around.

“Goje quickly went to the bank and discovered that his account was not credited.

The bank confirmed that it was a fake alert and that no money was transferred into the account. Adamu started begging,” he said.

The police at the Ojo division was alerted and the fraudster was handed over to them.

Elkana stated that Adamu had been charged with fraud, adding that the police had launched a manhunt for the suspect’s accomplice. 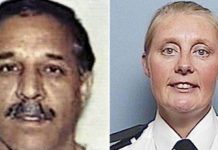 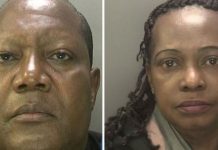 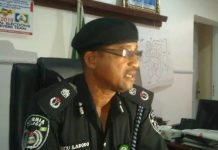