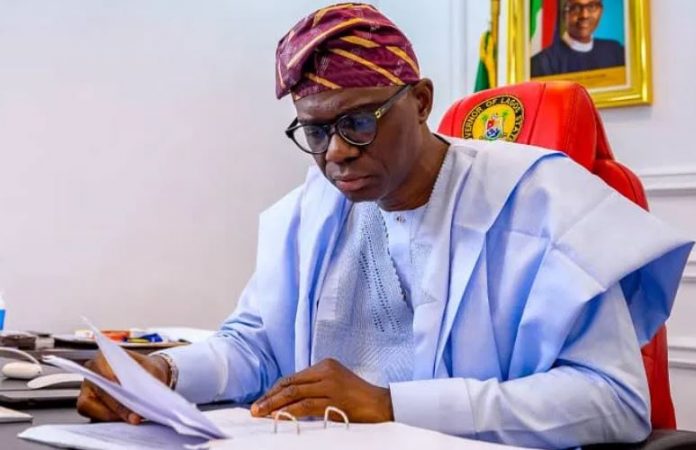 Governor Babajide Sanwo-Olu has set up a committee to oversee the rebuilding of some of the razed infrastructure in Lagos State, following the vandalism that trailed the hijack of the #EndSARS protests by hoodlums.

A press statement from the Lagos Ministry of Information and Strategy said Governor Sanwo-Olu has signed an Executive Order to set up an eight-man board headed by Citibank Chairman, Yemi Cardoso to coordinate efforts to restore the lost assets.

Sanwo-Olu said during the inauguration of the Lagos Rebuild Trust Fund board on Wednesday that the state had to put the criminal destruction behind it and face the huge and necessary task of rebuilding. The government, he said, would be embracing new standards of governance and building stronger partnerships, which would enable the State to bequeath stronger institutions and cohesion among residents.

The statement read in part: “In the last few weeks, we have been inundated with local and global offers of assistance to rebuild our state and recover all we lost to arson and violence in October. It is obvious that we can no longer wait to begin the onerous task of reconstructing Lagos. In the next few days, our Government will be sending a bill to the House of Assembly for the establishment of a Trust Fund to Rebuild Lagos.

“Today, I am signing an Executive Order to set up an eight-man Lagos Rebuild Trust Fund Committee, which will begin to oversee our recovery process. To ensure the highest standards of probity, transparency and accountability, FBN Trustees headed by Mr. Kunle Awojobi will oversee the Lagos Rebuild Trust Fund Committee. The Committee will comprise five members from the private sector, two members from the public sector and one member from the International Donor Aid Community.

“We will embrace new standards of governance and build stronger partnerships, stronger people, stronger institutions, and stronger Lagos. Our strength lies in our uncanny ability to overcome the most complicated challenges because we have people who genuinely love Lagos State and will assiduously do all they can to preserve its peace and unity.”