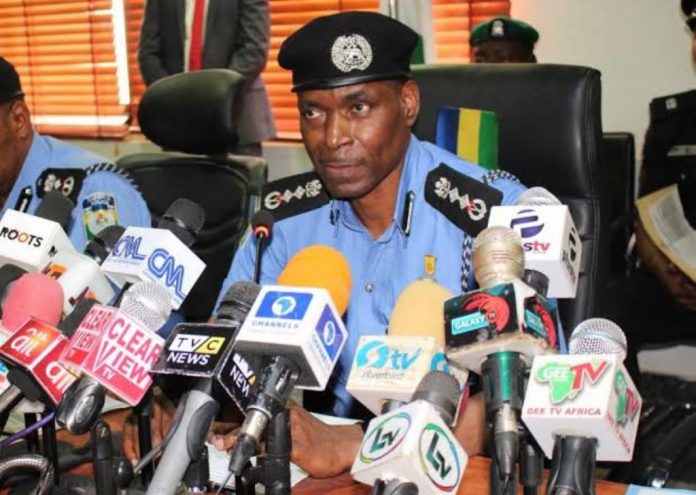 Calls for the disbandment of the Nigeria Police Force’s Special Anti-Robbery Squad (SARS) continue to mount online after its operatives allegedly shot dead a young man in front of a hotel in the Ughelli area of Delta State.

Checkout Magazine took note of a video which went viral on Saturday showing how there was confusion around the Wetland Hotel in the Ughelli area where the policemen allegedly killed the victim, and escaped with his vehicle – a white Lexus Sport Utility Vehicle.

Reacting to the incident, Nigerians condemned extra-judicial killings amongst other illegal acts by SARS and further intensified calls for the scrapping of the police unit.

Governor Sanwo-Olu said: “The safety of our residents is my number one duty as the CSO of Lagos. So, reading reports of seemingly unlawful exploitation by the people charged to protect is very worrying and needs to be addressed immediately. Be assured that appropriate actions will be taken and speedily too.”

former VP, Abubakar, wrote on Twitter, “The SARS unit of the police was set up to confront violent crimes such as armed robbery, kidnapping and other related crimes. However, the unit has today morphed into an oppressor of the Nigerian masses who strive every day for a better life.

“It is expedient that the activities of SARS are reviewed to ensure that the rogue elements are excised from the unit and sanity returned to its operations.

“I strongly condemn their cruel actions against our people, and I urge the government to rise to the occasion and nip this monstrosity in the bud with the seriousness it deserves. Reports of intimidation, harassment and outright extortion by officers of SARS have continued unabated.”

In his reaction, Mr Dare assured that the Federal Government would look into the reports of harassment of Nigerians by SARS.

He wrote via Twitter, “The ministry of youth and sports is worried about the menace, increasing harassments and attacks by SARS, especially targeted at youths and other innocent members of the public, and brought it to the attention of the relevant security agencies in Abuja,” the statement read.

“The minister of youth and sports development, who has also been monitoring the reports of alleged SARS harassment and attacks, has called for immediate investigations that will unravel the truth.”