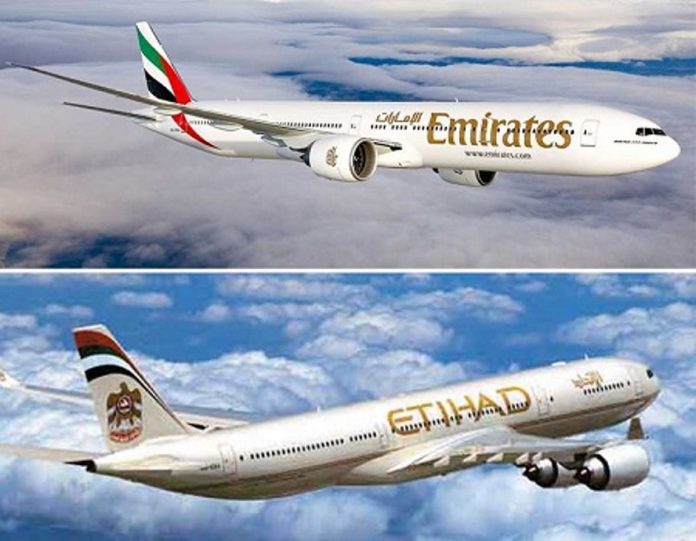 Emirates and Etihad Airways will have to suspend flights to mainland China, except Beijing, from Wednesday after the United Arab Emirates halted all flights between the two countries due to the coronavirus outbreak in China.

The suspension, effective Feb. 5, cuts off most of the UAE’s air links with the world’s second-biggest economy, and one of its largest trading partners.

According to Reuters, Dubai’s Emirates is one of the world’s biggest long-haul airlines and flies to mainland China cities Beijing, Guangzhou and Shanghai. Abu Dhabi’s Etihad Airways flies to Beijing, Shanghai and Chengdu.

The UAE is a major international transit hub used to connect between Asia and Europe, Africa and South America.

The suspension, to be enforced until further notice, does not apply to Chinese-ruled Hong Kong, the UAE’s civil aviation regulator said.
Several Chinese carriers flying to the UAE will also have to suspend flights.
China is facing mounting isolation from international travel curbs and flight suspensions as the death toll from the virus rises.
The UAE has close political and economic ties with China and has publicly supported Chinese efforts to control the virus that has killed 361 people in China and infected more than 17,000.
Health officials have confirmed five cases of the new, fast-spreading virus in the UAE, all diagnosed in visiting Chinese citizens.
Other Gulf states have suspended flights to and from China, including Qatar and Oman.