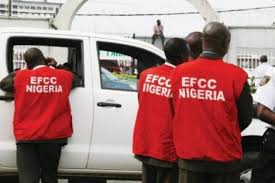 The defendants were first arraigned before Justice Saliu Saidu in November 2018.

The EFCC alleged that the N3.6bn was a bribe received by Omatsuli from Starline Consultancy Services Limited, a firm engaged by the NDDC to help it recover its statutory three per cent annual budgets of oil and gas producing companies in the Niger Delta.

The prosecuting counsel for the EFCC, Ekene Iheanacho, said Omatsuli and others acted contrary to Section 18 of the Money Laundering (Prohibition) Act 2011 and were liable to be punished under Section 15(3) of the same act.

The defendants pleaded not guilty to the entire 52 counts.

Justice Saidu adjourned till Tuesday for continuation of the defendants’ trial.