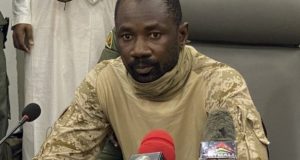 The Economic Community of West African States has suspended Mali and directed member countries to close their borders against the landlocked West African nation.

On the backdrop of the coup that toppled the President Ibrahim Keita government, the heads of ECOWAS are poised to hold an extraordinary summit today on the situation in the country.

According to a statement on Wednesday by ECOWAS Commission titled, ‘Heads of State to hold Extraordinary Summit on the socio-political situation in Mali,’ the summit would hold virtually through videoconference.

It read, “The Extra-ordinary Summit was convened following the military coup d’etat in the Republic of Mali.

“ECOWAS has strongly condemned the undemocratic change of government as it is against the ECOWAS Protocol on Democracy and Good Governance.”

Earlier, ECOWAS in a statement said the military action would impact negatively on peace and stability in Mali and in the sub-region.

It reads partly, “ECOWAS Suspends Mali from all ECOWAS decision-making bodies with immediate effect, as per the Additional Protocol on Democracy and Good Governance, and this, until effective reinstatement of the constitutional order;

“Decides to close all land and air borders, as well as to stop all economical, trade and financial flows and transactions between the ECOWAS Member States and Mali, and encourages all partners to do the same.”

Why we adopted global MOU model, by NLNG