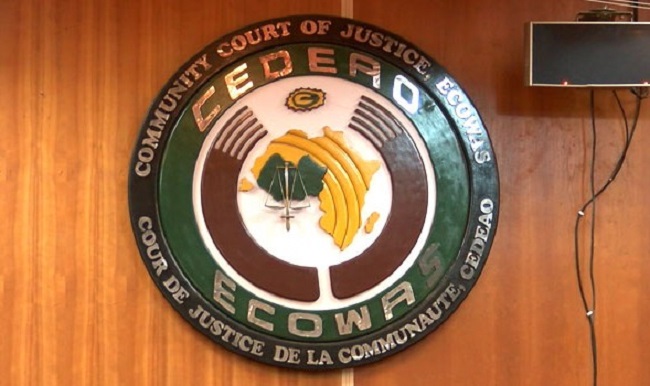 The Community Court of Justice of the Economic Community of West African States (ECOWAS) in Abuja has restrained the Federal Government from imposing sanctions on citizens who violate the ban on Twitter.

However, the ECOWAS Court restrained the Federal Government from imposing sanctions or doing anything whatsoever to “arrest or prosecute Twitter and/or any other social media service provider(s), media houses, radio and television broadcast stations, the Plaintiffs and other Nigerians who are Twitter users.

The ruling was on an interlocutory application filed by the Socio-Economic Rights and Accountability Project (SERAP) and 176 concerned Nigerians.

The court gave the order after hearing arguments from Solicitor to SERAP, Femi Falana SAN, and lawyer to the government Maimuna Shiru.

The court said: “Any interference with Twitter is viewed as inference with human rights, and that will violate human rights. Therefore, this court has jurisdiction to hear the case.

“The court also hereby orders that the application be heard expeditiously. The Nigerian government must take immediate steps to implement the order.”

Lagosians have been mistaking COVID-19 for malaria – Prof Abayomi

Delta: How family of seven were burnt to death in auto crash