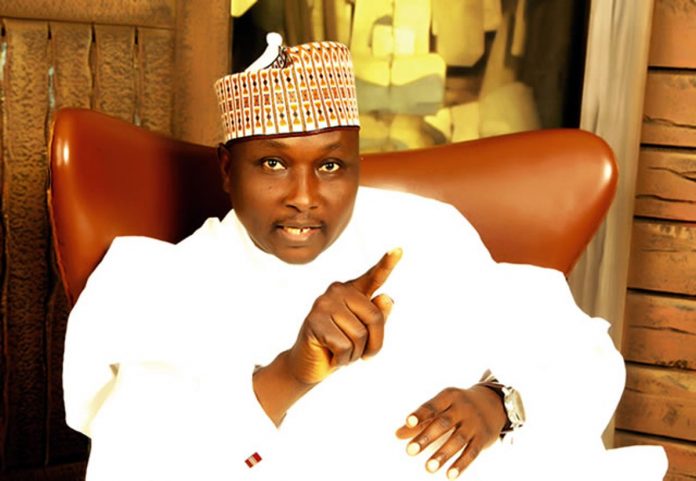 House of Representatives Leader Hassan Ado Doguwa has reacted to a column by Fatima Abubakar that criticized him for bringing his four wives to the floor of the House during his inauguration, stating that his action was was in line with his religious practice.

The lawmaker who expressed anger at such criticisms added that he was proud to have four wives.

“These are my legitimate wives; everybody knows them, starting from Abuja down to my village. I’m a Muslim; not only a Muslim, but a proud practising Muslim.

“I’m allowed by my religion to marry four wives, produce and reproduce.

“So, if there’s anything that can now be subject of ridicule, subject of reactions, write-ups on pages of papers, and unfortunately, sometimes by Muslims.

“I have to be very particular about a lady called Fatima Abubakar, who wrote an analysis on the back page of Daily Trust. The paper is seen as a northern paper. The writer is presumably a Muslim.

“Fatima Abubakar wrote a column, making references to my name, attacking my personality, attacking my family. If she’s really a Muslim, I should not be a subject of ridicule simply because I took the challenge of Prophet Muhammad (Peace be upon him).