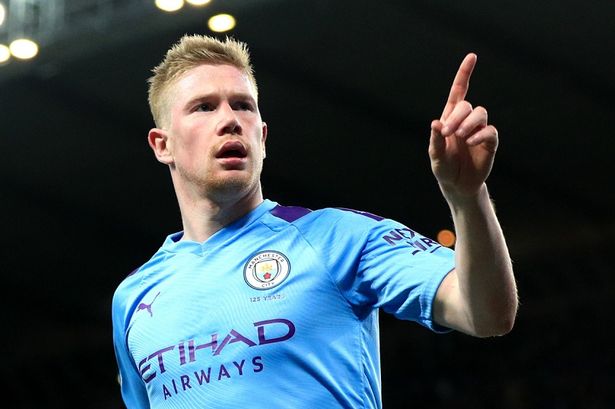 His award comes on the backdrop of a stellar season for the Belgian where he contributed 20 assists and 13 goals to his team’s performance.

Meanwhile, the team of the year was dominated by title winning Liverpool men, following a campaign that saw them life the title for the first time in 30 years.

The night started out brightly for them, with PFA Player of the Season favourites Jordan Henderson and Sadio Mané were named to the Team of the Year alongside club teammates Trent Alexander-Arnold, Virgil van Dijk, and Andy Robertson.

They were joined by Burnley’s Nick Pope in goal, Çaglar Söyüncü from Leicester, Man City starts David Silva and Kevin de Bruyne in midfield, and Jamie Vardy and Pierre-Emerick Aubameyang up front.

Then, for Young Player of the Year, Trent Alexander-Arnold was the clear winner as the only one of the nominees also in the running for senior Player of the Year. In the end, though, it was Kevin de Bruyne who won Player of the Year—no doubt helped by the fact that Mané and Henderson, winners of the fan and media awards respectively, will have split some of the vote but nonetheless a worthy winner.

Makinde ready to donate his blood for research on COVID-19