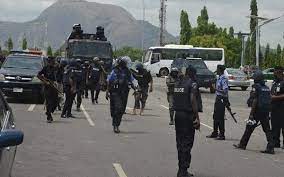 A former Inspector-General of the Nigerian Police Force, Suleiman Abba has urged the government to fast track the prosecution of persons arrested for crimes, adding that this will deter others from wading into crime.

The 17th IGP who registered his disagreement with the present approach of negotiating with organized criminal elements such as bandits and terrorists, noted that such negotiations are not illegal.

He made his positions during an interview with The Nation.

His words, “The solution is that anybody involved in any crime at all should be made to pay for his actions. And I think that’s where we missed it.

“We missed it because we’ve not taken the issue of prosecution seriously. People with criminal records, when I say records, I mean people who have gone into the crime, get arrested, get investigated are either being prosecuted very slowly or are not being prosecuted at all when in the actual fact of it, we should be seeing convictions; we should begin to call them criminals after conviction so that it’ll serve as deterrent to others. But that has not been the case.”

He added, ” I don’t see how you should negotiate with criminals, particularly those ones that are not ready to give up the trade. In any case, for most of the people talking about negotiating with criminals, which law backs that effort? To my mind, the only people that have the prerogative or capacity to forgive an offence can do so mostly after convictions. Justice is not just for the state.”

Businessman begs court for divorce in order not to commit murder