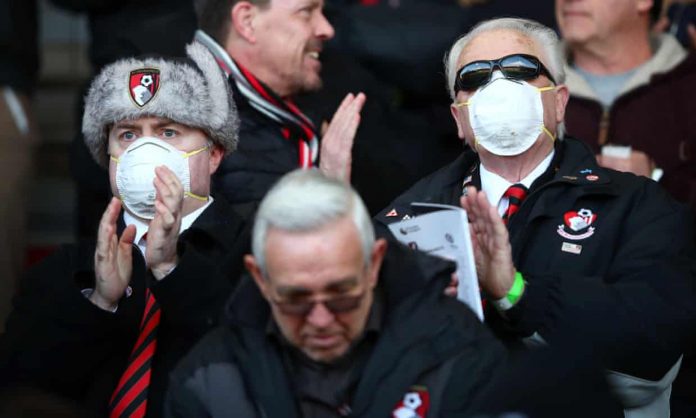 The head of Iran’s Revolutionary Guards has today claimed that the coronavirus outbreak could be a biological attack by the United States against China and Iran.

Hossein Salami told a crowd in Kerman today that the virus outbreak which has brought misery to Iran ‘may be the product of the American biological invasion’.

‘We will win in the fight against the virus, which may be the product of the American biological invasion, which it first spread to China and then to Iran and the rest of the world,’ he declared.

There is no evidence to support his theory of the virus, which is believed by scientists to have jumped from animals to humans in China late last year.

‘Today the country is engaged in a biological battle,’ Salami said, according to the semi-official ISNA news agency.

‘Even today, we will win, even in the fight against the virus. The U.S. must know that if it did it, [the virus] will return to it.’

Members of the Guard routinely engage in conspiracy theories and angry rhetoric towards America has heightened since top general Qassem Soleimani was killed in a U.S. drone strike in January.

Iranian civil defence chief Gholam Reza Jalali likewise suggested on Tuesday that the outbreak was a ‘biological attack’ against China and Iran.

Without naming America, he said the ‘type of media propaganda’ that was ‘aimed at increasing fear and panic among people’ suggested that a ‘biological attack has been launched against China and Iran with economic goals’.

Scientists are not yet certain of the virus’s exact origins, although suspicion has fallen on a seafood market in the Chinese city of Wuhan.