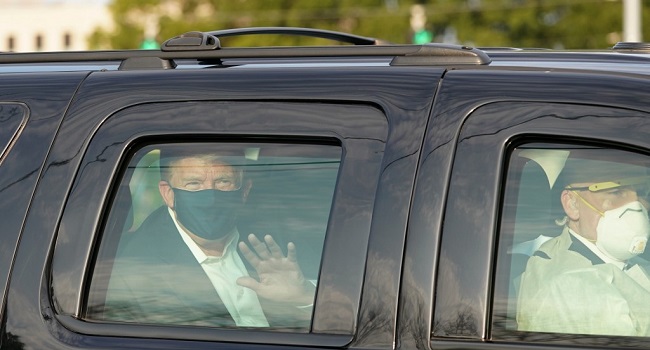 American medical community has slammed President Donald Trump for his Sunday protocol-breaking visit to his supporters outside the hospital where he is being treated for the highly-infectious, potentially deadly new coronavirus.

The President was seen masked as he waved from inside his bulletproof vehicle during the short trip outside Walter Reed military medical center near Washington, a move many view as an attempt to dispel narratives on his improving health after a weekend of muddled messaging from his doctors.

Reacting, experts complained that the outing broke his own government’s public health guidelines requiring patients to isolate while they are in treatment and still shedding virus — and endangered his Secret Service protection.

“Every single person in the vehicle during that completely unnecessary Presidential ‘drive-by’ just now has to be quarantined for 14 days,” said James Phillips, chief of disaster medicine at George Washington University.
“They might get sick. They may die. For political theater. Commanded by Trump to put their lives at risk for theater. This is insanity.”

Zeke Emanuel, chair of the Department of Medical Ethics and Health Policy at the University of Pennsylvania and regular TV pundit, described the appearance as “shameful.”

“Making his Secret Service agents drive with a COVID-19 patient, with windows up no less, put them needlessly at risk for infection. And for what? A PR stunt,” he tweeted. 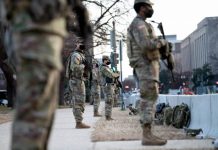 Security beefs-up in Washington DC ahead of Biden’s inauguration 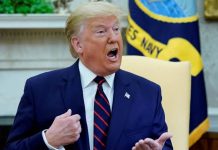 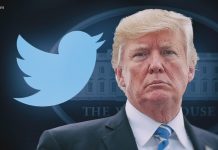 Do you have a long ring finger? You may have lower risk of dying...