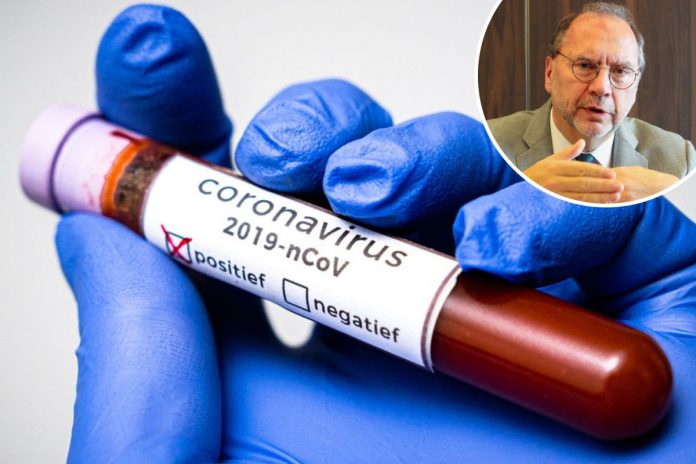 Britons could face a “major outbreak” of coronavirus given the rapid spread of the virus, a top virus expert warns.

Professor Peter Piot, director of the London School of Hygiene & Tropical Medicine, said the pneumonia-like virus is likely to become a pandemic, based on the ‘huge’ number of cases emerging daily.

Prof Piot, who also co-discovered the Ebola virus and the presence of AIDS in Africa, told The Sunday Times that he is ‘increasingly alarmed’ and believes the virus poses more danger than Ebola.

There have been 813 deaths and 37,551 confirmed cases of coronavirus across the globe as of today —among the infected were seven Britons – five of them including a nine-year-old boy were tested positive while staying in a ski resort in the French Alps.

Prof Piot, a former under-secretary general of the United Nation, added: “You know how already overburdened the NHS is and if you’ve got a sudden major rise in cases of pneumonia or milder respiratory infections… the NHS can hardly cope with the normal situation.”

He said the outbreak is ongoing and unlikely to peak until the end of February or in March.

Health experts and scientists are fighting to develop a vaccine but it’s not likely to happen before the outbreak ends, the report said.

If the coronavirus is being declared a pandemic, it would become the first disease spreading globally in more than 10 years.

Prof Piot suggested: “In today’s world, no epidemic remains just a local affair. What happens thousands and thousands of miles from here in China has the potential of causing a major outbreak there.”

However, he pointed out that the people infected displayed no symptoms and the outbreak looks more like the spread of H1N1 or swine flu than the Sars pandemic of 2003.

A hungry kid called 911, so cops brought him a pizza