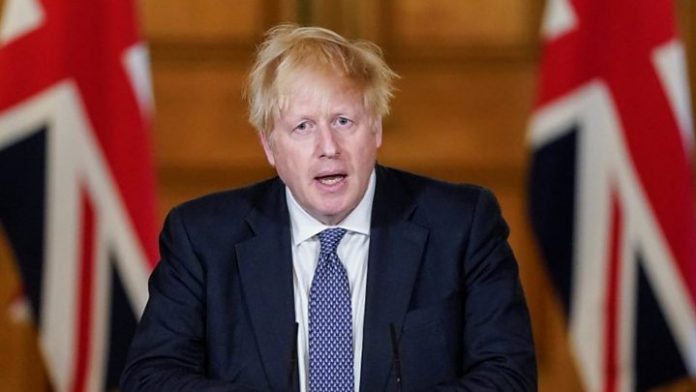 British Prime Minister, Boris Johnson has said an extensive plan to end the lockdown in the country will be unveiled next week.

Mr Johnson announced this during a No10 briefing yesterday for the first time since his own coronavirus fight, he braced Britain for weeks more shutdown to keep the rate of transmission low.

The PM was extremely cautious about making any changes too soon, which could cause another spike in cases.

And he warned that Brits are set to be told to wear face masks when they go back to work, as there is some evidence they can help stop the spread.

He said next week’s roadmap will plan how to get people back to work and children back to school, while still suppressing the disease.

However, he stressed he will only be making tweaks to the lockdown rules if the R rate of transmission – the number of people one other person infects – stays low.

“Scientists around the world have been tracking the R of corona since start,” he told the nation.

“In March, at its peak, R was around 3 which seems to be natural rate of the virus.

“Thanks to you we’ve been able to reduce R and it is now below 1.

“We’ve only just passed the peak of virus – and its vital R stays below 1. The Government will be monitoring R very closely.”