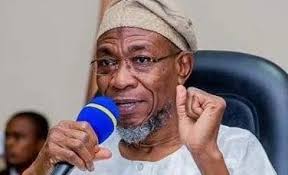 THE Federal Government on Wednesday held talks with stakeholders in Borno State in a bid to resolve recurrent security challenges.

Primary amongst the agenda is the end to killings by Boko Haram insurgents and other groups undermining the nation’s peace and security.

Interior Minister Rauf Aregbesola, who kick-started a national summit on security in Maiduguri, the Borno State capital, expressed the determination of the government to ensure that Nigerians become safe in any part of the country.

Aregbesola, who said the Federal Government had renewed its stand to do whatever is necessary to stamp out insecurity from any part of the country, assured that the challenges Nigerians face currently are surmountable.

“Some nations have faced them before and have come out victorious. We are going to do the same, and nothing is going to stop us. But to be able to win, we need the support of the people.

“We must understand that the defence and security architectural complex is a pyramid. Sitting on the top is the military, followed by the police; next are the other security agencies, and at the base, carrying and supporting the complex, are the people who are the security-agencies-at-large,” he said.