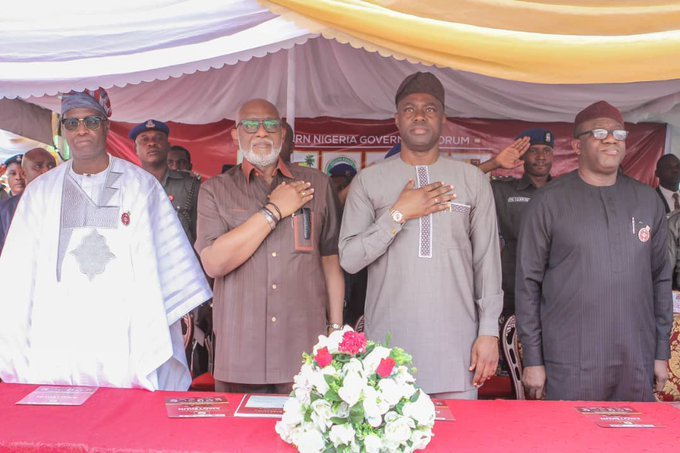 Assaulting an Amotekun officer will attract a fine of N250,000 or a prison term of one month or both.

However, an Amotekun officer cannot be sued for whatever he does in the course of duty but only what he does in his personal capacity.

Other South-West governors have submitted similar bills to their respective houses of assembly.

Section 36 of the bill states, “Any person who wilfully hinders, delays, obstructs or assaults a member of the Ekiti State Amotekun Corps in the course of the exercise of his lawful duties under this law shall be guilty of an offence and liable on conviction to imprisonment for a term of one month or to a fine not exceeding two hundred and fifty thousand naira only (N250,000.00) or to both such fine and imprisonment.”

The bill further states that the security organisation must be headed by a retired law enforcement agent who is not lower than the rank of Major or its equivalent in any other security agency.

Section 14 reads in part, “There shall be appointed by the governor, a corps commander for the agency, who shall be a retired law enforcement officer or military officer not below the rank of a major or its equivalent in other security services.

“The corps commander shall be a person with at least 10 years cognate experience in security matters; (b) be responsible for the day-to-day running of the affairs of the Ekiti State Amotekun Corps and implementation of the decisions of the board; (c) hold meetings with his counterparts in other states, particularly Ogun, Lagos, Ondo, Osun and Oyo states on a quarterly basis or as may be collectively determined by the corps commanders in those dates.”

The bill also provides for the establishment of an Amotekun board which is expected to meet not less than four times a year. The bill will comprise the Commissioner of Police in the state and representatives of other military representatives.