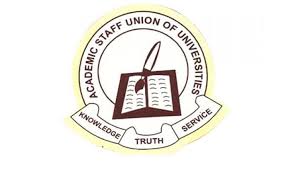 The Academic Staff Union of Universities (ASUU) has called on to intervene in the crisis rocking the University of Lagos (UNILAG) over the removal of Prof Oluwatoyin Ogundipe as the Vice-Chancellor.

National President Prof Biodun Ogunyemi made this call while addressing reporters on Tuesday.

The union advised the President to constitute a Special Visitation Panel to probe the VC’s removal.

Prof. Ogunyemi said: “The national leadership of ASUU received the news of the purported removal of the Vice-Chancellor of the University of Lagos by the governing council chaired by Dr. Wale Babalakin (SAN) with absolute shock and total disappointment.

“We are shocked not because we regard Prof Oluwatoyin Ogundipe as a saint but for the fact that all available evidence indicates that he was not taken through the due process.

“In spite of Dr. Babalakin’s spirited efforts to defend the indefensible, it is now clear to all and sundry that there is more to the story coming from the senior member of the Bar.

“We call on the Mr. President, as visitor to University of Lagos, to immediately constitute a Special Visitation Panel to look into the immediate and remote causes of the events that led to the purported removal of Prof Oluwatoyin Ogundipe as VC of UNILAG with a view to bringing all found culpable to book.”

COVID-19: FG to decide on interstate travel ban, others next week