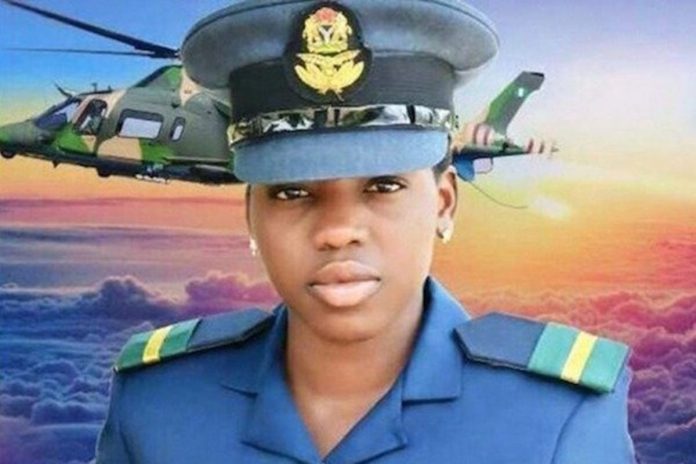 Earlier the Nigerian Air Force had in a statement signed by its Director, Public Relations and Information, Air Commodore Ibikunle Daramola, linked the pilot’s death to a car accident at the NAF Base in Kaduna.

Arotile reportedly died after she was knocked down by a reversing vehicle driven by her old schoolmate who was excited to see her.

But in a separate statement, Daramola, stated that “the Nigerian Air Force (NAF) tomorrow, 19 July 2020, hold a Press Conference to give details on the outcome of its preliminary investigation into the circumstances surrounding the death of Flying Officer Tolulope Arotile which occurred on 14 July 2020.

“The event will take place at the Air Marshal MD Umar Blue Room at Headquarters NAF Abuja at 2pm. Accordingly, members of the press are please invited to cover the event”.

Earlier, the Nigerian Military had said it is consoled because notwithstanding Arotile’s death, more female pilots are being trained to join the counter terrorism war which the late pilot was committed to.

Eleven female pilots are currently concluding flying trainings both within and outside the country, the Nigerian Air Force has disclosed.

Edo state has spent over N1bn In COVID-19 Fight, Obaseki