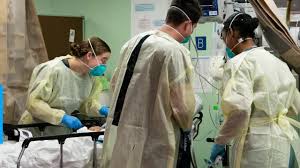 An American survivor of the Coronavirus in Washington has received a 181-page itemized bill that totals more than $1.1 million, having spent more than two months in the hospital and more than a month in the Intensive Care Unit, The Seattle Times reported.

Checkout Magazine learnt that 70-years old is unlikely to largely foot the bill because he his being insured through Medicare.

“I feel guilty about surviving,” Flor told The Seattle Times. “There’s a sense of ‘why me?’ Why did I deserve all this? Looking at the incredible cost of it all definitely adds to that survivor’s guilt.”

According to the report, Flor will not have to pay for the majority of the charges because he has Medicare, which will foot the cost of most if not all of his COVID-19 treatment. The 70-year-old spent 62 days in the Swedish Medical Center in Issaquah, Washington, 42 days of which he spent isolated in the Intensive Care Unit (ICU).

FG to spend N3 trillion a year on petrol subsidy