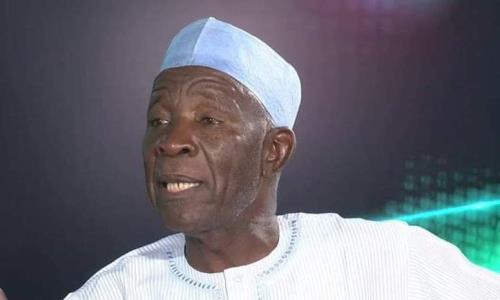 The Asset Management Corporation of Nigeria, AMCON, on Tuesday took over the Abuja residence and company of Buba Galadima, over debts amounting to N900 million.

In a statement issued on Tuesday, the AMCON’s head of corporate communications, Jude Nwauzor, disclosed that the seizure was approved by a federal high court in Abuja with suit number FHC/ABJ/CS/1136/2019.

According to him, Mr Galadima and Bedko Nigeria Limited, owe AMCON nearly N900 million, after obtaining as loan during the first phase of Eligible Bank Assets purchase from Unity Bank Plc in 2011.

The properties taken over from Galadima in Abuja are located at 15, Addis Ababa crescent, Wuse zone 4, and 4, Bangui Street, Wuse 2.

Mr Nwauzor said: “The loan was purchased during the first phase of Eligible Bank Assets purchase from Unity Bank Plc in 2011.

However, reacting to the move AMCON, Mr Galadima’s daughter, Zainab told DAILY NIGERIAN that the taking over as unfounded, stressing that her father has no case to answer as far as Unity Bank’s loan is concerned.

Zainab, however, admitted that her father had has ever sought for Loan Prospector agreement from the said bank for the supply of a certain items to the Kano State government, but no money was released by the bank up till the time the contract was terminated.

Trump impeachment: US president to face trial in Senate