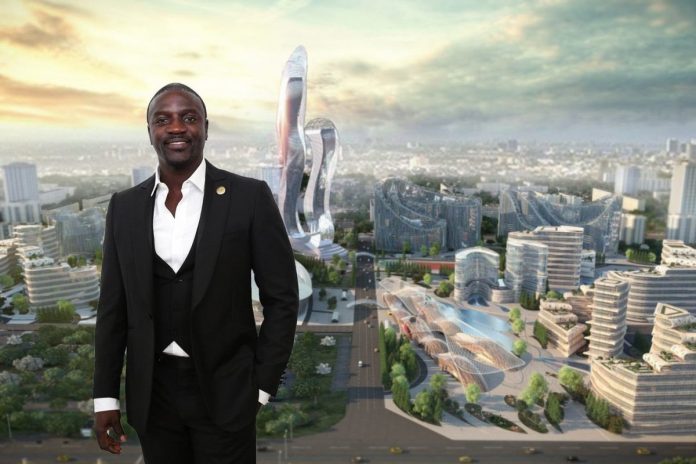 American singer and Entrepreneur of Senegalese descent has finalized agreement with the Government of Senegal to have his city in the West African state.

He took to his Twitter account to announce the new development, announcing the finalizing of the agreement for “Akon city”.

Akon originally announced plans for the futuristic “Crypto city” in 2018 saying that the city would be built on a 2,000-acre land gifted to him by the President of Senegal, Macky Sall. The new city would also trade exclusively in his own digital cash currency called AKoin, he said.

The official website for the city said at the time it would be a five-minute drive from the West African state’s new international airport.

‘I really want to make the biggest impact in Africa’
Akon was born in Senegal before moving to Union City, New Jersey, at 7, according to his website.

He has ventured into business and has done less of music in recent times.

His most recent venture is Akon Lighting Africa which is providing solar power to African countries.

“I really want to make the biggest impact in Africa for sure,” Akon said during a 2013 interview with CNN. “If I could have my way, Africa would be the United States of Africa.”